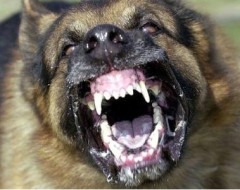 According to the national Center for Disease Control and Prevention, 4.7 million people are bitten by dogs every year in the United States alone. Dog bite victims may be able to recover compensation for their injuries from irresponsible dog owners under several legal theories.

Under one theory, there may be liability for violation of a safety statute, ordinance or regulation. For example, when a dog owner ignores a leash law and simply lets his dog roam the neighborhood, that person could be held accountable for making such a foolish choice.

In North Carolina, dog owners are also generally held liable under basic negligence principles if they knew or should have known that their dog had vicious propensities or was dangerous and failed to take adequate precautions for the protection of others.

Also, if the dog has previously bitten anyone or been declared dangerous by the authorities, then the owner becomes responsible under the theory of strictly liable for any future bites.

Homeowner's or renter's insurance may provide coverage for the negligence of their insured which results in a dog bite.

If you or a family member has been bitten by a dog, call Quinn Law Firm, PLLC today!